HomeNewsCDM Recruitment Ltd named as one of the region’s “Fastest 50” growing companies!

CDM Recruitment Ltd named as one of the region’s “Fastest 50” growing companies! 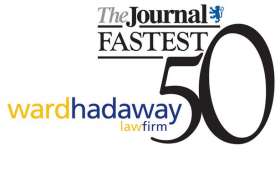 The prestigious annual “Fastest 50” Awards, compiled from research by Durham Business School , are seen as the definitive list of the most dynamic businesses in the region.

Colin Hewitt, partner and head of commercial at Ward Hadaway, said: “The sheer variety of companies represented in the list demonstrates the continuing strength and vibrancy of the region’s business world and provides further fuel to the North East’s key role in the Northern Powerhouse agenda.

“In this list are 50 reasons to feel optimistic about the future of the North East economy and its importance to the UK and to global markets.

“All the businesses listed here are forging ahead and seeing their turnover grow whilst remaining profitable – they are real trailblazers who deserve our support, encouragement and our applause.”

Mark Bulmer, Director of CDM Recruitment Ltd, said; “It’s fantastic news that CDM has been acknowledged as a one of the fifty fastest growing companies in the region. This is well deserved recognition for the efforts and achievements of all that work at CDM. Collectively we have delivered an increase in turnover from £8.3m in 2012 to £12.6m in 2014. With CDM’s growth continuing throughout 2015 and further growth planned for 2016 and beyond, it’s great to gain a wider recognition for what we are achieving. ”

The Fastest 50 awards ceremony takes place at the Baltic Centre for Contemporary Art on October 9th 2015.