HomeNewsChris Wall – One of two Directors of CDM Recruitment, takes on the ‘Hike4Hopey’ challenge!

Chris Wall – One of two Directors of CDM Recruitment, takes on the ‘Hike4Hopey’ challenge!

Chris Wall – One of two Directors of CDM Recruitment, tells us about the gruelling challenge ahead of him and the reasons behind him taking part. 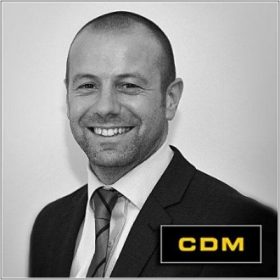 Tell us a bit about the charity event which you are taking part in.

It will take 12 days from the 18th-29th April and there are 10 of us taking on the challenge which will increase for the final leg or two.

How it is personal to you and what is the reason for you taking part?

Everyone is affected by cancer at some point in their lives and I’m no different. However, a friend of mine whose brother I go to football matches with tragically died last year following a short fight against the disease at the age of 33 years old.

Scott (his brother) wanted to do something in his memory so came up with the idea for the challenge and has been the driving force behind it with help from family and friends.

You can read more here on the story of Lee Hope.

What kind of training have you been doing for the event?

What challenges have you been faced with so far?

Finding the 4-5 hours a day that I needed to be able to train for the challenge has been difficult and dealing with aching legs.

What do you think will be your biggest challenge during the event?

Having to keep pushing through the aches and pain each day and avoiding any injuries that might prevent me finishing.

Is there a set target amount to be raised?

The aim is to raise £50k which is obviously a huge total.

We are aiming to raise it from sponsorship from the walk but also the charity night which is organised for the 21st May at the Boiler Rooms, Newcastle.

How can we make a donation?

Donations for the walk can be made at: www.justgiving.com/Hike4Hopey

We are all routing for you Chris!